"Giving our clients the quality workmanship they want, on time and under budget, has been the hallmark of the Cruz family since 1951." - Evarett Cruz
732.290.0700 engineering@jrcruz.com

The History of the Cruz Family in Construction 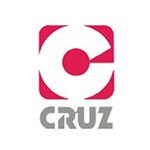 In 1984 Evaristo (Evarett) Cruz, JR became the managing member of Cruz Construction Co. steering the company into different fields of work while expanding the company’s reach. 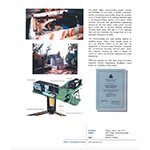 In 1990 under Evarett’s Direction the company began performing Microtunneling in the New York City market. At the time, Microtunneling was virtually unheard of in the U.S. and thereby the Cruz firm became one of the first in the country to employ this technology. During this time, the company also incorporated the use of sunken caisson construction for the construction of deep shafts used for Microtunneling. Likewise, this sunken caisson methodology for Microtunneling, while used in Europe, was also virtually unheard of in the U.S. This method effectively eliminated the need for dewatering and many of the problems associated with difficult soils and other issues during deep shaft construction. 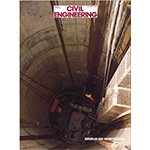 In 1992 in recognition of the value of the advancements by Cruz in deep shaft caisson construction for Microtunneling Evarett received the Medal of Excellence Award from the Engineering News Record. That same year Evarett was asked to author a cover article for Civil Engineering Magazine describing the advancements and merits of this work. 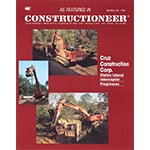 In 1995 Evarett was named the President of the company. The company went on to become one of the preeminent Microtunnel firms in the eastern U.S. performing Microtunnels in all types of soil, from soft ground to solid rock, from Hartford, Ct. to Wilmington, NC. 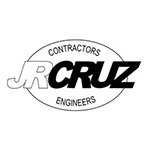 In 2001 Evarett founded JRCRUZ Corp.
JRCRUZ Corp. has gone on to become a major contractor in the New York City underground construction market with projects in all the five boroughs. Among the projects they have completed include Microtunnels in Staten Island, Queens, Manhattan and Brooklyn. The latter of these also included the successful installation of an extremely complex rectangular 80-foot-deep sunken caisson shaft to connect an 84-inch Microtunnel to a 132-inch brick combined sewer in a busy intersection of Ft. Hamilton Brooklyn.